My… how time flies! August's here already and that can only mean it's time for Sonic conventions!

In celebration of both Sonic cons coming up, but especially Summer of Sonic, since RadioSEGA is gonna have a strong presence there, this time we're checking out Sonic Chaos, an 8-bit title released in 1993 for the Master System and the Game Gear.

Sonic Chaos, or Sonic & Tails as it was called in Japan, was, in some ways, a groundbreaking game at the time. Most of the footage you'll see in the video was taken from the Master System game, but, as you can see, both versions were nearly identical. Some even say the handheld version was fastest and I tend to agree. Apart from that, not only Sonic but also Tails are featured as playable characters, and levels are pretty much the same. Some minor differences include the name of one particular zone (Gigalopolis in the SMS version and Gigapolis in the GG one), stage music and act 3 layouts.

Sonic Chaos was the first 8-bit title to include Tails as a playable character and that is, in itself, an achievement. Besides that, some moves were brought from 16-bit games.

For example, Sonic's got his Super Peel Out from Sonic CD and his trademark Spin Dash is for the first time available in an 8-bit game. He's also got a couple of new items to use: the Pogo Spring that gives him the ability to jump even higher for a limited time, and the Rocket Shoes, that allow Sonic to fly at incredible speed through the screen for about 5 seconds.

Tails, on the other hand, can also Spin Dash and, for the first time in any Sonic game, the little fox can fly!

The game is harder and faster if you play as Sonic and easier and slower if you choose Tails. Besides, Tails starts the game with more lives and continues.

However, only Sonic's got access to the game's Special Stages and to the all-important Chaos Emeralds. Access to these stages is granted automatically as Sonic gets 100 rings in any of the first 2 acts of each Zone.

Sonic then hops on his Rocket Shoes and flies around a sky filled with rings until the emerald is in sight. 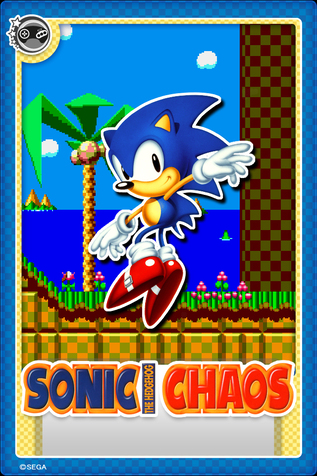 As for the plot, Dr. Robotnik has stolen the red Chaos Emerald and Sonic must find the other five (yes, they're just 6 in this game, deal with it!) and defeat the Eggman in order to restore balance to South Island.

Overall, Sonic Chaos is a very nice platformer and one that most Sonic fans that grew up with the 8-bit games should remember fondly for being the first at many things. The only main flaw I see in this title is its short length due to the low difficulty level.

If you haven't tried Sonic Chaos yet, get yourself in Sonic mode this month and play it in the original consoles or using one of the several compilations it's included in.

This month, we asked a couple of our own staff members to tell us about their memories of Sonic Chaos. We've also asked our brazilian friends from Projeto SEGA Brasil to pitch in, so we'll let them go first. We'd be rude if we didn't! 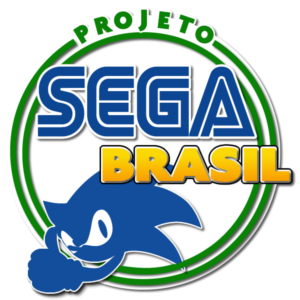 "Sonic Chaos came in the hedgehog's golden moment. He had a tremendous success on the Mega Drive and the launch of Sonic Chaos was a plateful for those that still only had a Master System at the time. It's noteworthy this was the first Sonic title exclusive to the 8-bit platforms. Besides, it brought along Tails as a playable character, something that might have been the best aspect of the game.

At first, the backgrounds and graphics didn't impress me, comparing it to previous Sonic titles. A Game Gear version of Sonic Chaos was also released, with some minor differences, like stage names and music. But, at the time, it was hard to know if this was a Master System that got ported to the handheld or if it was a Game Gear version that got a SMS port. Not only because of the graphics but also because go the performance (I had a slight feeling the game was faster on the Game Gear).

Besides the interesting fact of having Tails as a playable character in an 8-bit game, Sonic Chaos introduced a couple of fun new things, such as Sonic's Rocket Shoes, making him fly through the screen, or the Pogo Spring, that made hum jump higher. Sonic Chaos is, in length, proportional to the other Sonic 8-bit games, but it's much easier than the previous ones, so I found it quicker to finish." 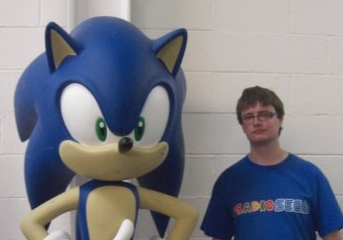 "Sonic Chaos is a personal favourite of mine. Of the 8-bit Sonic games, it's the best one in my opinion. It was the first game where you could play as Tails, although the game wasn't as good as you couldn't collect all the Emeralds with him. Sonic also had moves that he had learnt in Sonic CD, something none of the 16-bit games got.

I was raised on the 8-bit Sonic games, and whilst I'm sure some people would point fingers at Sonic Triple Trouble as being the best, I just don't think you can get any better than Chaos."

"To me, for a handheld Sonic title the presentation was actually very good for its time - vibrant colors and detail given to the levels, very responsive controls, and a pretty-if-not-mellow soundtrack that show a much better example of what the Game Gear was capable of (got to say my biggest earworm has to be the end credits music). I must've been no older than 10 when playing through this one for the first few times, and working hard and being able to get all the Chaos Emeralds as well as defeating Eggman did a huge morale boost to me as a platform gamer.

It does also, however, speak volumes on how simple the game would ultimately turn out to be. Looking at it now, the layouts seem really straightforward - you can just run through it blindly, with just a vague knowledge on where everything is, and still beat a fair chunk of the game. Add to Tails getting the ability to fly in this game (albeit at the cost of no Special Stages) and it's more likely for it to be a breeze in comparison to most Sonic games out there. In fact, this ended up being the first Sonic game I would ever go on to complete without help.

So naturally, it's a pleasing yet simplified take on Sonic's outings. At the time of release, it can be seen as a recommendation for inexperienced gamers to dive into, though come to think of it, it can still apply now if you have a Wii and an Internet connection. Saying this next statement may make me come off as a gaming snob and if I do come across that way then I am sorry in advance, but if you go through the game and are unable to complete it, then may the entire '90s generation of kid gamers have mercy on you."

In conclusion, we can say Sonic Chaos is a perfect fit for these Summer holidays if you own a Game Gear or if you wish to play it in front of a TV screen. It serves as an example of SEGA's forward thinking at the time when it came to its 8-bit systems. Especially in regards to the Master System, a console that was outdated by the Mega Drive/Genesis, and still, years after it first launched, had an exclusive Sonic title that wasn't released on its 16-bit sister.
We hope you enjoy this month's highlighted game and we sincerely wish you have fun at either Summer of Sonic or Sonic Boom if you're attending! If you're at SoS be sure to say hi to us and if not, keep your eyes on our Twitter and Flickr accounts as well as on our website for our coverage.

Sonic Chaos is a favourite of mine. Never played it all the way through as Tails because of the lack of Special Stages, but it was cool to have his presence for those needing a bit of an extra helping hand. Levels weren't too challenging but they were all unique and had great color palettes and the bosses were fun and not always b*****d hard as in the no rings, instakill Sonic 2! Mind you, I was 8 at the time! Special Stages were also a high point as they were all different (Always got stuck on the second level with all the pipes, you had to be really quick and precise on your directional buttons, which wasn't always easy on the ol MS pad!!). Still a winner in my eyes, and I wish they'd done Triple Trouble as a MS game as well, and not just a GG exclusive as I can't quite stick the screen size and resolution these days!!

Oh and not forgetting the music which has some of my most memorable of Sonic tunes!