Meet RetroAchievements And The Guy Behind It

Ever wished you could earn achievements in your favourite SEGA retro games? Now you can...

Back in early April, I found out about a nice little website called RetroAchievements. I loved the idea behind it.

Many of us have become achievement or trophy hunters (I meant to use another word, but I'll be nice) in the last few years. The advent of Achievements on the Xbox 360 and Trophies on PS3 had many of us spending countless hours getting those final G or that elusive platinum trophy! This was a nice way to add a bit of replay value to games, although that's quite the debatable subject.

Some of us even like to brag about our Gamerscores or PSN Levels. But what about all our past achievements? You know, getting that perfect speed run of Sonic the Hedgehog's Green Hill Zone, jumping from cloud to cloud in the sky level of World of Illusion… All of those countless hours of playing since you were a child that you hardly get bragging rights on today!

That's where RetroAchievements comes in. This nice little website I came about almost two months ago takes your favourite retro games and adds some neat achievements to them. How? Well, you simply download the RAGens emulator, load a ROM file (for games that you legally own, obviously) and the emulator downloads and embeds achievements in your game! Sounds easy enough, right? It is.

One other great thing about RetroAchievements is it started with SEGA Mega Drive games! Yes, the first time I checked out the site I saw a Mega Drive/Genesis-like logo and support for Mega Drive games. Less than two months went by and now you can also download a SNES and a Gameboy/GBA emulator! These guys are really working fast! 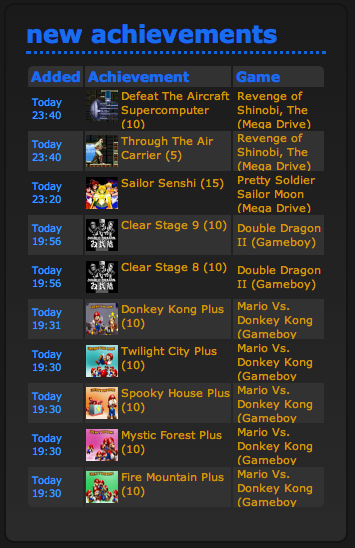 But the best thing about RetroAchievements is the guy behind it all. I reached out to Scott Davies when I first came across his website and, being the nice guy that he is, he agreed to grant us an interview and explain this project better. A SEGA fan, nonetheless! Here's my little chat with Scott. Consider this a bonus chapter in the SEGA Fans Chronicles, if you will.

So, what's left? If you're curious about RetroAchievements or would like to jump into the action right away, just go to RetroAchievements.org, create an account and download your chosen emulator (pro tip: go with the Mega Drive one). Next, choose one of the supported games and try it out. If you'd like to see achievements for a game that isn't on the list yet, use the forums and make suggestions. 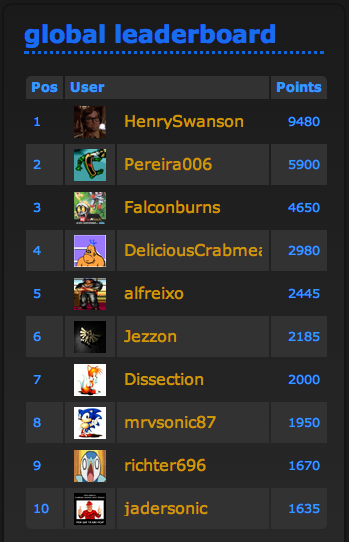 As you earn achievements, be sure to check out your place on the leaderboards as well. Can you beat your friends? Don't forget to share your achievements (pun intended) with us!

Requests between 26th Apr and 2nd May

Groove Is In The Heart
Samba de Amigo [Wii]