Sonic 4: Episode I was mediocre, as we know. SEGA and Sonic Team heard our feedback. Has Episode II fixed what Episode I got wrong?

If you remember Sonic 4.1, it was a mediocre game for hardcore Sonic fans, due to the game's physics, art and music in overall. And thus, SEGA listened to our feedback, our critiques, and most of our analisys (or rants, whichever fits). Thus, Sonic 4: Episode II was made, and promised to be better than its prequel. Was the "better" achieved? Read on further to find out. 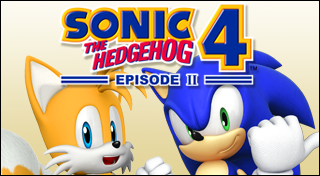 (Editor's note: The review has been slightly changed for the website version, if you want to see the original version, check the original thread here!)
11th November, 2012 - 00:49 GMT Shadid Article viewed 2742 times 0 Comments