The Race For Good Speeds Into 2021 - RadioSEGA, Sonic Community Joins In

Race For Good - a collaborative charity drive spearheaded by "The British" Andy Wilson and Pete “TitansCreed” Nethercote - returns for 2021 during what will be the 30th anniversary point of Sonic The Hedgehog's franchise existance. The duo will again be supporting Special Effect where donations to the charity group will be through this Tiltify link so make sure to bookmark that URL!
For RFG 2021, Andy and Pete won't be the only two playing a bevy of Sonic games. They've enlisted the help of other members out of the Sonic fan community, including our own RadioSEGA Twitch team! GreenViper8, Greyfore, Ravsieg, and Dwang will join the likes of SEGADriven's SonicYoda, cdrom1019 (host of The Strictly Sonic Show Thursdays on RS), KC of The SEGA Lounge podcast (that also airs Thursdays on RS), and many others for what will be a week-long affair. Some of our RS staff shared their words on being apart of the experience:

"Having closely followed the Race for Good events since their inception, I'm hugely honoured to participate alongside many other amazing streamers in this year's offering. Combine that with my fondness for raising money for good causes and my passion for SpecialEffect, I'll be giving it my all to ensure that me and the team put on a good show for an even greater cause!" - GreenViper8, current head of RadioSEGA

"Pete and Andy have been doing a great job hosting Race For Good with entertainment streams for viewers and, more importantly, a good amount of money raised for charity. So naturally I'm delighted and honored to be a part of the team for this first expanded Race For Good event. And seeing as it's benefiting SpecialEffect, I'm even more excited to contribute. I hope everyone will join in on the week's festivities and help us make this event a huge success." - KC

"I'm not new to charity events, so when I got asked to collab, I gave a quick and instant yes! I've been seeing Race For Good as a lurker, but signing up and participating is a whole new level so I'm glad to be streaming with my longtime family in RadioSEGA for what will be a stellar event!" - Shadid, host of The Backlog on our Twitch channel

"As part of the RS Stream Team and following on from the charity stream I did GameBlast, I was thrilled to be invited to take part in this Race For Good event. I've got a game already in mind, along with potential charity incentives; though there'll be no Twiglets this time. I hope you're all looking forward to an awesome stream for an equally awesome cause!"" - Greyfore, RS Stream Team member

"Accepting this call from Andy & Pete, one that I was extremely proud to receive, was an easy decision. Both are long-term friends of the station and RadioSEGA is, as a whole, beyond happy to join in for all the good causes. Our community was incredible during GameBlast 2021 for Special Effect and we'll do our best to keep up with the level of quality everybody deserves!" - Ravsieg, RS Stream Team member 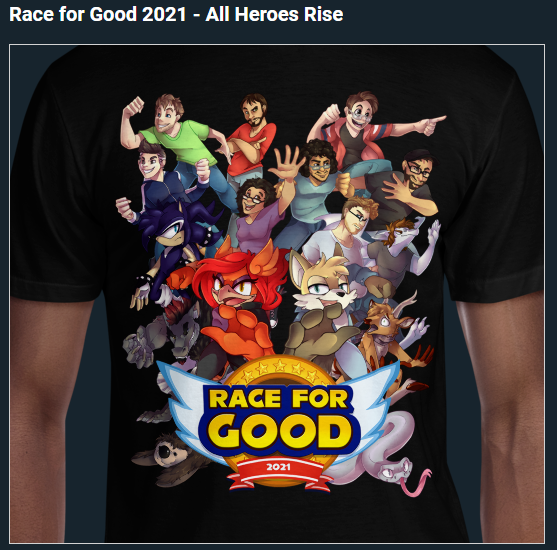 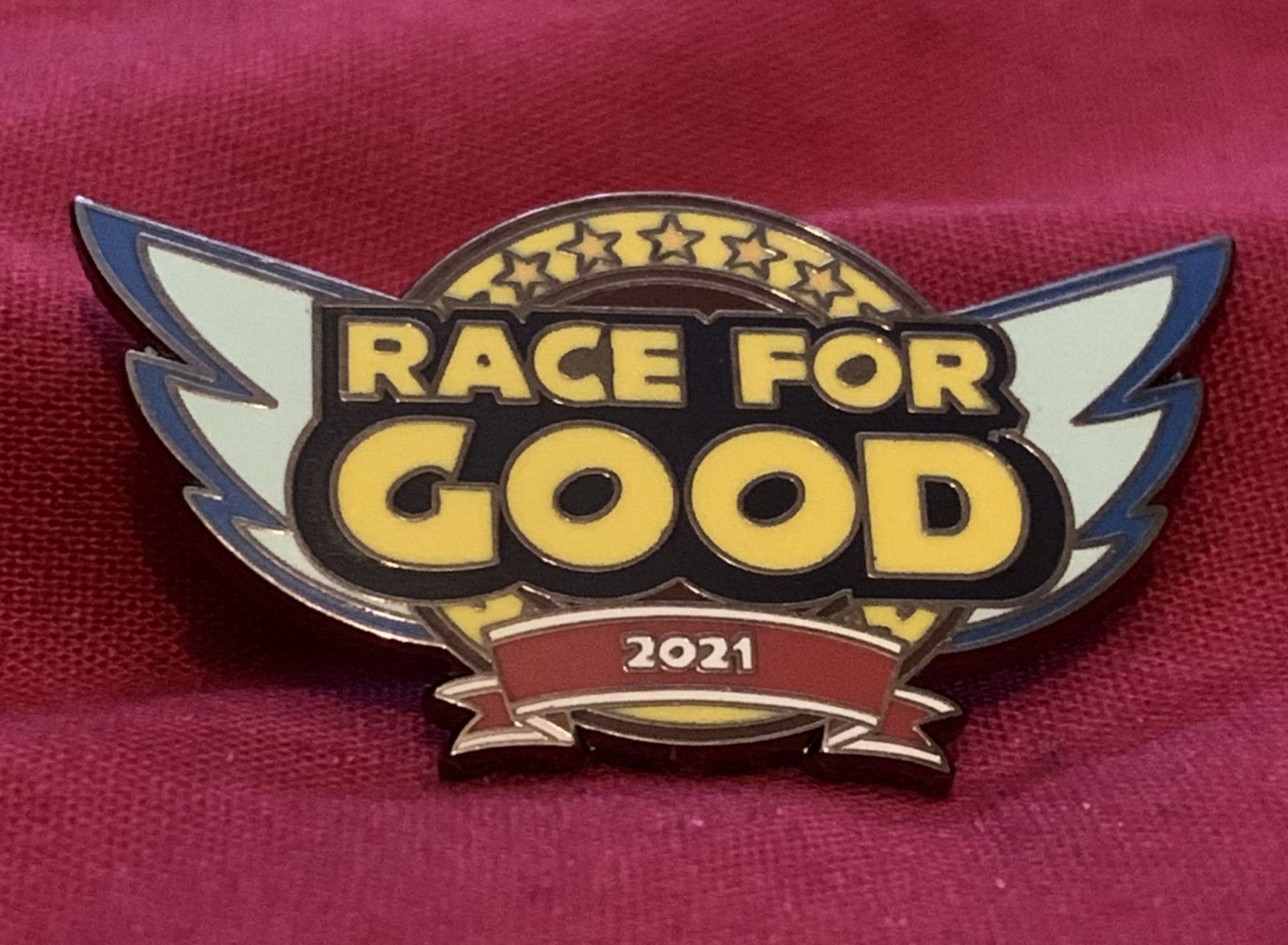 Not only will blue hedgehog adventures be had throughout, but via the press release below you'll see the other names taking part and their Twitch pages, info on the donation-set prize raffles and Race For Good merch you can snag via the ProjectPheonix Productions store in the form of the annual t-shirt and for the first time ever a limited edition enamel pin (seen above), and special interviews with the voice of Sonic's Dr. Eggman, Mike Pollock and Crush 40 lead vocalist Johnny Gioeli; all detailed in the presser:

"Andy 'The British Andy' Wilson and Pete 'TitansCreed' Nethercote return for more racing action in 2021. However, they’re not alone this year. Other streamers form the Sonic community and beyond are joining in to help raise money for Special Effect in a week long fundraising extravaganza!

Last year, Mike Pollock joined us for a Q&A session. This year, we are pleased to reveal that both Mike and Johnny Gioeli will be ready to answer your questions in Q&A sessions that will be way past cool! Both sessions will be held on Saturday 26th June and you can submit your questions during the live streams on Andy and Pete’s Twitch channels. Do not worry if you cannot make the streams on the day, as you can still submit your questions for Mike and Johnny via The Sonic Stadium!

Once again, we’ve been given some cool gear to give away from Special Effect in the form of TWO Sennheiser GSP305 Gaming Headsets and the Beasts of Balance app enabled Board Game. These will be raffled off to anyone who donates at least £20 over the week. We’ve also been lucky enough to get hold of a Elgato 4K60 Pro Game Capture Card. This will also be raffled off, but to anyone who donates at least £50 over the course of the week. All the raffle items will have set dates to be drawn on once we hit specific donation targets (to be announced during the stream). After the community helped raise a spectacular £3000 in 2020, we’re shooting for the stars and aiming to raise at least £5000 for Special Effect this year!

With this, we're not only creating our yearly specific Race for Good t-shirt for 2021 available over at the ProjectPhoenixProductions merch store, we will also have a LIMITED EDITION PIN BADGE available through the tiltify donation page for the very first time! These pins have been made in a highly limited number, so it’s first come first served! Make sure to be ready for them when they become available to buy on June 21st 2021! All profits from merch sold will go directly towards the Special Effect fundraiser!

Once again, thank you for your support in getting the news out about the Race for Good again this year. Every time you do, it is very much appreciated.