Back in March 2009, an idea was conceived - a Sonic-themed fundraiser in aid of UK charity Comic Relief where people submit fan-works and make donations. This idea soon became a reality and a two-week Sonic Relief campaign was set in motion on The Sonic Stadium. Despite a rather inconvenient server crash and a lack of publicity, it was able to raise a pretty impressive £102.

It didn't come as much of a surprise that a second campaign, Sonic Relief 2010, was announced for the following year. It promised to be a much bigger and more involving campaign than before, spanning a whopping two months in total. But such ambitious changes led to some problems. The initial weeks of the drive were slow - donations were few and far between, and the number of entries being received could be counted on one hand. Put simply, the future seemed bleak. Somehow though, things managed to pick up about one month in, and lo and behold we were soon looking at the most successful Sonic fundraiser to date (an accolade the event still holds, as far as I am aware). Phew.

Following such success, a third campaign in 2011 was pretty much guaranteed... surely? Wrong-o. While the majority of people were celebrating the £375 total, it was apparent that Sonic Relief would need some serious tinkering if it was to work again. As the founder and organiser of the campaigns, I was of course always considering a 2011 drive - but without a workable format, it wouldn't be worth the effort.

You may remember I said in my closing remarks for Sonic Relief 2010 that the level of community interest would ultimately determine whether we're back for more, so for the last few months I've been gauging interest in the idea, most recently at Summer of Sonic. You may have spotted me walking around (unsurprisingly, I was the one wearing a Sonic Relief shirt). While I wasn't exactly bombarded by demands for another Sonic Relief, I was very pleased with the responses I did receive - and whenever the prospect of a third campaign was mentioned, it was met with a lot of support.

So, as if you didn't already see it coming, it's time to let the hedgehog out of the bag - Sonic Relief will indeed be back in 2011... and it's going to be so big, we've got a blog for it!

The question is, how will it run? Both the 2009 and 2010 campaigns have thrown up a lot of noticeable issues that need dealing with, and we've been hard at work trying to come up with some solutions (by "we" I refer to myself, my partner in charitable crime Shadzter, and a host of other cool people who have offered their support). At the end of the day though, it's you guys who will make or break our efforts - so, in a similar fashion to last year, we want to hear your suggestions for improvement.

Unlike last year, however, I will pitch some of the ideas we have already come up with to you and see what you think of them. Things are still very much in the works, so keep in mind these are just what we've got so far.

Entries
Boy oh boy, we had some interesting reactions to our entry system last year. We tried to expand on the 2009 entry method by asking entrants to donate alongside their submissions in order to be in with the chance of winning a prize... and though people went along with it, it was hardly the system of choice and it didn't really work all too well. So we're really changing things up this time. Gone are the "something funny" and "something sporty" themes of old. Gone are the compulsary donations. What we're proposing for 2011 is that the entries act as a way of promoting Sonic Relief, with prizes going to the ones that are most effective and the most creative. Of course, they can still be funny and they wouldn't have to outright be promotional posters/videos/etc, as long as the entry would spur interest in the campaign (and therefore possible donations) it would qualify. And yes, let me repeat just to make perfectly clear - gone are the compulsary donations.

Sonic Relief DIY
Making money for charity is obviously the main goal of Sonic Relief 2011, so we're looking to see the community really putting its creative skills to the test by asking you to come up with your own fundraising ideas, with prizes for the most unique (and of course, profitable). The possibilities for getting involved will never have been more endless - have a merch sale, take part in a fun run, even make that infamous calendar that was discussed last year but never happened! The only limit will be your imagination. Gavvie's "Songs For Sonic" album from 2010 is a great example of the kind of thing we're looking for, having raised £100 by itself this year.

Community Challenges
Now, this is an idea that works in theory. Community is one of the (if not the) key aspect of Sonic Relief but thus far we've only really reached as far as The Sonic Stadium. So, assuming other Sonic fansites are willing to get involved (and I know of a couple which have stated an interest), there's a lot of potential for competitions between different areas of the fanbase that will give you reason to participate and bring everyone together for a good cause! Specifics remain to be decided on, depending on who (if anyone!) gets involved.

In addition, there's a number of other questions we'd like your responses to:

* How long should the campaign run?
* What potential incentives would you require in order to get involved?
* What other ways of getting involved would you like to see implemented?
* In relation to the "promotional entries" and "DIY" ideas, what would you require to help get you started (in the way of logos/posters/banners/etc) so that a possible starter kit can be put together?
* Any other suggestions for improvement, regarding anything to do with Sonic Relief?

Any and all suggestions will be taken into consideration. I can assure you there's more that we have planned in addition to what has been mentioned here, but those are announcements for another time. If all goes to plan though, Sonic Relief 2011 will be the biggest and best one yet by a long shot. Don't let me down, Sonic fans!

So folks, let us know your thoughts - we want any and all suggestions and feedback you may have!

Could you not actually hold something at the next Summer of Sonic, assuming Kevin and Svend let you anyway? Even if it's just a little stall where you could advertise the project, sell badges or something?
Top

CapnCloudchaser wrote:Could you not actually hold something at the next Summer of Sonic, assuming Kevin and Svend let you anyway? Even if it's just a little stall where you could advertise the project, sell badges or something?

Having some sort of Sonic Relief-related event at SoS 2011 is something we are considering looking into, most definitely. As you say though, it depends on Kevin and Svend giving it the green light and us coming up with a half decent idea

But that will be post-Sonic Relief 2011, seeing as the campaign will run in Spring 2011 time.

Thanks for the suggestion at any rate

GET YOUR NOSE ON!

One of the most pressing issues with the previous two Sonic Relief campaigns has been publicity. It's hard to reach out to all the different corners of the fanbase and raise as much money as possible when hardly anyone knows you exist. But, with any luck, that's all about to change this time around. Why's that? Because, ladies and gentlemen, I present to you... the great Blue Nose campaign!

Anyone who knows about Comic Relief will know that a major source of their fundraising is through selling Red Noses which you can then wear to show your support (often with very funky designs - one year you could even give your Red Nose its own hairstyle!), and so if Sonic Relief is to live up to the charity's legacy, it's only fair we give a similar thing a go ourselves. If you've been keeping up with our retrospective, you'll know that it was a Blue Nose that inspired the whole Sonic Relief concept in the first place.

Now, obviously it's impractical to try and manfacture and sell the titular Blue Noses in real life... so what on earth am I rambling on about? "You've gone mad, MK!" I hear you cry.

Well, no I haven't. Not yet anyway. So, what could possibly be the next best thing to having an actual Blue Nose? Slapping a Blue Nose on your online avatars and signatures, that's what! 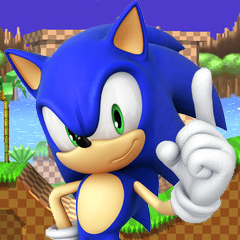 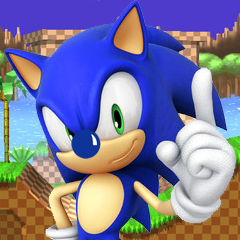 As modelled above by Sonic the Hedgehog himself, it's a quick and simple procedure that will help to make your avatar look way past cool as well as doing our campaign the world of good - a little bit of promotion can go a long way!

You'll be able to get your hands on a downloadable Blue Nose of your own very soon (prior to the start of the campaign - which, I can now reveal will run from mid-January to early April) and, unlike a Red Nose, it'll be totally free. Why? Because the potential impact of this viral publicity stunt will be priceless to our efforts if it goes to plan and enough people take part. The Noses will come in a range of sizes to suit everyone, and if need be we'll even stick to the Nose on your avatar for you! We're really pulling out all of the stops for this one.

So, even if you don't want to submit an entry or make a donation to Sonic Relief 2011, you can do us a huge favour simply by giving your online persona a small makeover! I cannot plead with you enough to take part in this if you can - such a small thing can go so far! Heck, let's even see some Blue Nose themed entries this year! Get your nose on!

Thought this was worth posting here, 1) to help spread the word and 2) because there's a connection between these Blue Noses and RadioSEGA that is yet to be revealed... right, Gavvie?