A new arrangement album to support Special Effect is coming next week. 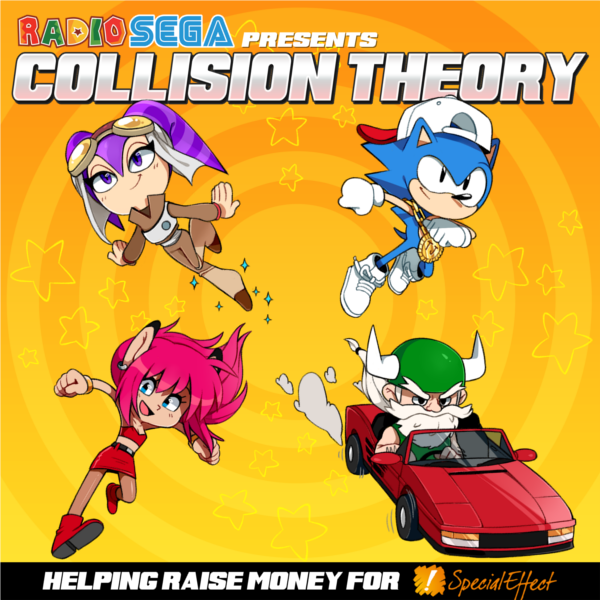 Cover art by Sami Briggs
Directed by friend of the station Opus Science Collective, this brand new compilation of arrangements of SEGA tunes was built around the following idea: what if two tracks from different SEGA games collided?
The team of 12 musicians from around the community picked two different source tunes from (very) different SEGA games and mixed them together into one great track. Covering 21 games, this 12-track album is an epic journey through SEGA's catalogue filled with retro vibes and blue skies bliss.
Imagine Golden Axe vs Streets of Rage; Phantasy Star Online vs Ecco the Dolphin; or even Streets of Rage 2 vs Sonic 3!
What's more, Collision Theory is our way to support Special Effect, an amazing charity that's been helping people with disabilities to enjoy video games. From the release date of September 1st till November 30th, the album will be up for grabs from our Bandcamp page for whatever you want to pay for it, with all proceeds going to Special Effect.
If you want to learn more about Special Effect, please be sure to visit their website here.
If you want to know more about RadioSEGA Presents: Collision Theory, tune in to RadioSEGA in the coming days, because we'll be previewing some tracks during select shows to celebrate the release. Here's our schedule:
We're really excited to announce this new album and hope you both like it and support Special Effect by buying a copy from our Bandcamp page. RadioSEGA Presents: Collision Theory is releasing on Friday, September 1st, after the listening party on SEGA Mixer Drive (around 11pm BST/6pm EDT/3pm PDT).
24th August, 2017 - 21:02 GMT KC Article viewed 3628 times 0 Comments