Don't call it a comeback...or do, it's up to you! Regardless the SFC returns, dusted off and given a couple of fine-tuning here and there; more after the jump.

Hello citizens of the RadioSEGAVerse! Yes the one, the only, where YOU are the Feature! The SEGA Fan Chronicles hath returned! Thank you so, so much for those who have waited for another one of these to pop up, life certainly wasn't having any easy rounds on me. With that said I was determined to bring this back and here we are.

Of course...there are changes afoot.

Funny you asked, sonny! In fact, there're two big changes. One, this iteration of the SFC won't be time dependent. As in, not giving myself deadlines I know I won't make. Rather, it will be guest-dependent. I'm already looking at 10-12 possible slots to fill, and no actual deadline between editions not only allow me breathing room but won't disappoint fans who expect something weekly & with no return.

Two, this will bring elements of former writer Gonic's RS Communitalk feature, where a member of the RadioSSEGA community would get interviewed. I feel that's a great way to not only continue what he started, but to breathe new life into this as well. 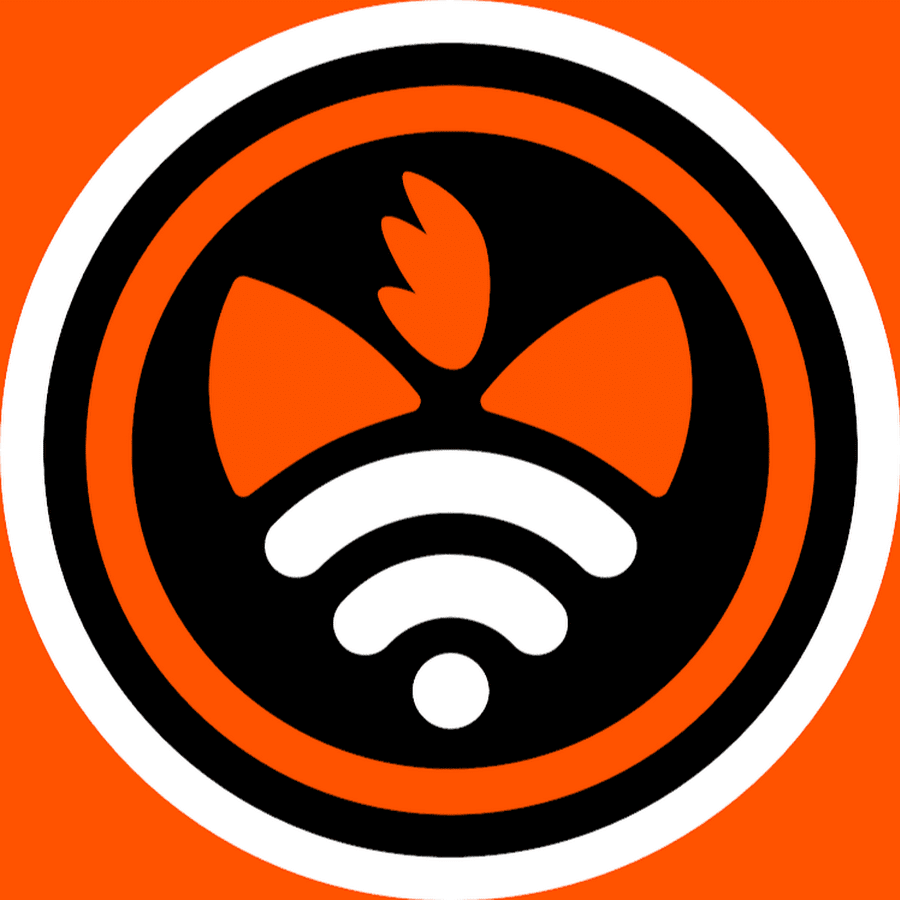 Arighty to start us off, and as part of tradition, tell us a little bit more about yourself in detail.

Sure! I’m Matt, I’m 18 years old, and I’ve been a fan of video games ever since I was a kid. My first game was actually Tetris for the Game Boy Color, so I was about two years old when I first started playing video games. I’ve been hooked ever since, playing mostly Nintendo and SEGA titles, basically growing up on classics such as Super Mario 64 and Sonic Adventure.

A lot of my life is based around video games, and I love it.

Well then...as per OTHER tradition, how did you get into the wild blue world of SEGA?

Well, I knew about Sonic the Hedgehog as kid, I think most people did since he was pretty dang popular in the 90s. But whenever I would go to my cousin’s house, I would always play Sonic Adventure on his SEGA Dreamcast. I would spend literally hours trying to raise some Chao in the Chao Garden, always having the time of my life (and I think that’s why I still spend time in the Chao Garden in Sonic Adventure 2 for PC/Steam whenever I get the chance, even to this day). After that, I tried out some other Sonic games, mostly Sonic the Hedgehog 3 & Knuckles, and that’s really how I became a fan of the series.

My cousin also had a SEGA Saturn, so I would also play NiGHTS into Dreams! That’s how I got into SEGA as a whole.

What is your fondest memory of the blue brand?

I clearly remember when I was seven years old, my entire group of friends in elementary school had a Gamecube with Sonic Heroes on it. I was really bad at the game when it got to Team Dark and Chaotix, to be completely honest, so I asked for my friend’s 100% completed save file. He said no...so I “permanently borrowed” his memory card just so I can see what happened at the end of the game.

Funny thing is, I never returned his memory card because I moved to a different state. Oops.

Any other non-Sonic SEGA games you like/enjoy?

Actually, it was by chance that I started my channel. A long time ago, I saw a couple of channels on YouTube that I thought were really great. In 2008 Sonic’s Channel, Tails’ Channel, Knuckles’ Channel, and more were created by the current owner of Sonic’s Channel, Mykle Hunter. But there was one character that he didn’t make a channel for, and that was Big the Cat. So I created Big’s Channel, which isn’t on YouTube anymore.

In 2012, through a Skype call, I met Mykle Hunter and we became really good friends after he remembered me from Big’s Channel. Out of the blue, he offered me to be the owner of Tails’ Channel. I quickly took the offer, and that’s basically how it all started!

Do you think there's a chance you may branch out into more general SEGA news in the future, or is this something you have already thought about doing and acting on it?

Actually, I now cover SEGA news on Tails’ Channel! Recently, I made a video about the NiGHTS statue from First 4 Figures, and one about the brand new trailer for Shin Megami Tensei x Fire Emblem. It’s a lot of fun, and I plan on continuing to cover these and more SEGA titles.

You been to many conventions and events (Sonic and/or otherwise); what has been your most enjoyable moment (or moments) attending them?

I really love meeting my friends and fans. It’s awesome to talk to them over Twitter, Facebook, YouTube, etc. But to actually meet them in real life is awesome! I’ve met many people who enjoy my videos, and I’ve been a bit overwhelmed with support, since I’m not usually used to it.

At Sonic Boom 2014 in New York City, I literally couldn’t take a step without someone asking for a signature or a picture. It was a great feeling to know that a lot of people enjoy what I do, and that just pushes me to do even more.

Having been to Sonic Boom 2014 myself ( I think I even snagged some pictures of you with me and my brother hahaha) I can definitely agree that the whole night was a great moment. How was the atmosphere like for you; to be surrounded by fans of your work and those you yourself are a fan of?

First of all, it was great meeting you two at the convention!

I was honestly really nervous, because again, a ton of people wanted to take pictures or get me to sign something. I'm obviously not used to that sort of thing, so it was a completely different feeling that I experienced. However, I really loved and appreciated meeting people who enjoyed what I do, and I got to meet some amazing people, such as yourself and your brother!

I will never forget that amazing night for the rest of my life.

Moving onto the Sonic Misadventures project; how did that come about? What was the idea behind something like that?

The Sonic Misadventures concept came from myself and my good friends SpiritOfTheBlue, Saikou, and TheBlueEyedFox while we were playing an online game. The idea was to make an action-packed Sonic the Hedgehog series to show our support and dedication to the series in general.

Since then we’ve had about 20-something dedicated people join the project, from voice actors to music creators. The team is a big family, and we’re basically a group of best friends who just want to make this the best that it can be!

Sonic Misadventures pretty much started as a tribute to Sonic the Hedgehog, and we hope to make it an awesome tribute!

We were happy to play the Dreams of an Absolution remix on SEGA Mixer Drive not too long ago (by the way you can download the podcast here), which comes from Sonic Misadventures; any word of a special album or sorts?

No word about a full album at the moment, but we periodically release full songs on our official Soundcloud page (https://soundcloud.com/sonicmisadventures)! Don’t worry, we don’t have any mixtapes.

How was it like to collaborate with other known personalities in the community for the Sonic 3 Remastered Awareness event?

It was great! I had a lot of fun raising awareness for Sonic 3 Remastered, especially since Sonic the Hedgehog 3 & Knuckles is my favorite game in the franchise. Also, talking to Cobi, Johnny, Gareth, Donnie, and everyone else is always a pleasure.

Be sure to check out the Sonic 3 Remastered petition if you haven’t! (http://sonic3remastered.com/)

If there was anyone in the Sonic/SEGA fan community you look up to, who would that be and why? If not, is there a person in an official capacity you have the same sentiments for?

I really look up to reviewers, such as SomeCallMeJohnny and JonTron. In their videos, they're not afraid to be themselves, and be brutally honest about the games they're reviewing. It makes for some very entertaining content that I've spent hours watching.

Outside of SEGA itself what other video game series you enjoy?

Since you have those 'connections' I personally want to know this...who is REALLY the coolest?

Mike Pollock, by far. He's a really fantastic guy, and I'm glad just to be able to talk to him. Mike has helped me a lot, especially with my YouTube channel. He's very active with the Sonic community, and in my opinion, deserves a lot of credit for the amount of work he puts into his career.

If there was something you could have added more to what you do what would that be and why?

I really enjoy what I do, there’s nothing I would really add at the moment.

I very much appreciate for taking the time to have this interview with us. Anything you want to let our community know before we sign off?

Thank you for having me! Also,  thank you for fostering such a positive SEGA and Sonic the Hedgehog community.

And there you have it; another edition is in the books. Great thanks to Matt for taking the time to do this for us. Personally I really appreciate it. On the next SFC, I want to have a member of the RS community on. If you feel like being THE feature, let us know in the comments section below, on Twitter, or on Facebook. Until then, ladies and gentlemen!