Vote now for SONG and REMIX of the Year.

In case you missed it, the voting period for this year's edition of RadioSEGA's Fan Choice awards in underway. As in previous years, we tallied up the nominations for best SEGA song AND the votes for best community remixes (thanks SEGA Mixer Drive!) and we have the final polls up and running. 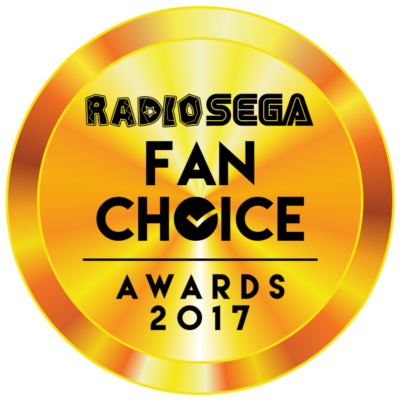 This year, you can choose your Song and Remix of the Year by going to radiose.ga/fanchoice2017. The poll will stay up until December 30th and the results will be announced during a special show airing sometime on December 31st.

Which tracks will be crowned RadioSEGA's Fan Choice Song and Remix of the Year 2017? You decide.

Am I Only Dreaming
Metropolis Street Racer

Everything Merges With the Night
Cyber Troopers Virtual-On: Oratorio

The Hall "Akira In The Bamboo Grove
Virtua Fighter 3

Has Sega got plans for their next mini consol
Replies: 8