Hello all and welcome to the relaunch of Game of the Month! This time around we're looking to expand the feature to be more than just a simple written comment on a game. Each month will see us focus on a specific SEGA game and, of course, we'll write a description, share our own views, BUT we're also giving use to our Youtube channel and uploading a little gameplay video. Additionally, we're inviting a few members of the SEGA community each month to talk about their own experiences with the game.

If you have any suggestions on ways you think we can improve the Game of the Month feature, email me at kc[at]radiosega[dot]net. This can also be used to suggest future titles to be considered as Game of the Month.

This month we chose Golden Axe, a game that, personally, brings back some memories. I'll agree this probably isn't the best game in the series, but it's far from being the worst (I'm looking at you Beast Rider!). In fact, most of my memories from the Golden Axe franchise are related to this first game.

Golden Axe is a barbarian themed side-scrolling beat-em-up heavily inspired by the Conan the Barbarian stories. It was originally released for the Arcades in 1989 and later that year came to the Mega Drive in Japan. In 1990, the game launched in Europe and the US.
The game takes place in the fictional land of Yuria, a medieval world where the evil Death Adder has captured the King and his daughter, and holds them captive in their castle. He also finds the Golden Axe, the magical emblem of Yuria, and threatens to destroy both the axe and the royal family unless the people of Yuria accept him as their ruler.
In his rise to power, Death Adder kills many, including Ax Battler's mother, Tyris Flare's parents and Gilius Thunderhead's brother. It's up to these three valiant warriors to avenge their losses at the hands of Death Adder and rescue Yuria in the process.
You play as one of these three characters. Ax is a barbarian, wielding a two handed broadsword; Tyris is an amazon, whose weapon of choice is a long-sword; and fan-favourite Gilius is an axe-wielding dwarf.
Golden Axe features three modes:

Gameplay is pretty straightforward. You choose one of the aforementioned characters and off you go in your quest to crush the abnormally huge giant Death Adder. But before you get there, you'll have a series of Adder's henchmen to destroy, including skeletons, men armed with clubs and maces and bikini-wearing babes that scream histerically when killed. On your way, you'll also get to ride bizarrians, beasts that resemble dinosaurs and dragons. This is by far the most exciting twist in gameplay.

Overall, Golden Axe is still pretty fun to play, although a bit short by today's standards. However, 24 years ago this game set the bar for the genre and influenced many other titles that followed. It was many people's first contact with SEGA and provided a pretty fun and enjoyable experience when played with someone else. People can, however, complete it under 10 minutes!
Also, this will go down in history as the game that introduced us to badass dwarf Gilius Thunderhead! SEGA always seemed to think of Ax Battler as the main character and hero of the series but the truth is Gilius grew much stronger in popularity. This is evident when you look at recent cameos by the man in green, like in SEGA Superstars Tennis or Sonic & All-Stars Racing Transformed.
COMMUNITY THROWBACKS

Here's what our own foreversonic had to say about his memories of Golden Axe.
Simon "foreversonic" Shirley

(Admin and DJ at RadioSEGA)

"It's been ages since I first played Golden Axe. It was on the 6-in-1 cartridge that came with the Mega Drive, so it would have been about 1993-1995. We first played it in Practice mode. I remember the two big people with the hammers being the end boss on stage 2/3.

We got very aggressive with the 2P Duel. We being me and brother and sisters.
I remember being able to complete the normal mode back in the day. Was hard work and used all the continues to beat the final boss (Death Adder?) but it was doable. Now I can't get passed his younger brother on Stage 6!

We always used to fight over the dinosaurs/dragons in Golden Axe when we played in Co-Op mode.
What I still like, even to this day is to make the bad guy charge across the screen and off the edge! Why go to all that trouble defeating them when they can kill themselves??"

We also asked two of the SEGA community finest to tell us their thoughts on Golden Axe. They reluctantly agreed (they're important and busy people, you know!) and here's what they had to say: 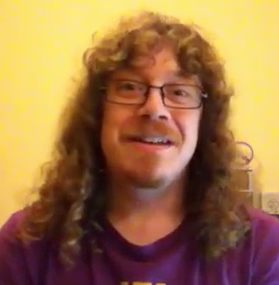 "Golden Axe is a weird series. I respect its place in SEGA's arcade history and certainly enjoy it, but I'm not sure the first game holds up that well nowadays.

My first experience with Golden Axe came with its' inclusion on the SEGA Classics Arcade Collection for Mega-CD. While I've never figured out how to play it with 2 players (even today, someone please tell me how!) I always had plenty of fun beating pixies up and stealing their magic before using it all in a last chance effort to defeat some nefarious boss character. Golden Axe is an ambitious and beautifully over the top game that has “SEGA” stamped all over it.

The reason why I say it doesn't hold up as well nowadays is that after many, many years of never owning it, I now have the sequel. While Golden Axe II is definitely more of the same, it does one thing that different that makes all the difference; the combos are much faster. This suits the frantic gameplay a lot more than the first game where you'd struggle to break from a combo to react to another enemy. I love Golden Axe II and it's the definitive game in the series for home console owners.

Now if only SEGA would get around to releasing Revenge of Death Adder for home consoles..."

"Golden Axe has always been one of my favorite SEGA series throughout the years, and it's a shame because I don't think it gets the proper respect it deserves among gamers today. As a child of the '80s, the original Golden Axe introduced me to not only the hack 'n slash genre but to high fantasy, as well.

While I enjoyed using Ax Battler and Tyris, Gilius was always my favorite. I appreciated the game wasn't so overly difficult that I couldn't beat it but still gave me enough challenge that when I did, I really felt like I accomplished something.

And who can forget how much fun it was knocking an enemy of his Cockatrice, taking it as your own and then completely laying waste to the battlefield with the all-powerful creature? Don't f@*k with the Cockatrice!"

If you don't already own Golden Axe or haven't played it yet, you owe it to yourself as a SEGA fan to try this important piece of history. You can find the game on iOS devices, on PSN, XBLA and Virtual Console, and in multiple SEGA collections for different systems.
Feel free to share your thoughts on Golden Axe in the comments section below and the official Game of the Month forum thread here.
We'll be back next month with a new game and this time, we'll have a few surprises for you, especially if you like to draw and/or remix...

Great article. I actually do think it's the worst in the series though! And Revenge of the death adder on consoles would be brilliant, really don't understand why it was left off the XLA compilation last year.