Since the launch of RadioSEGA Live! in March 2010, we've brought you a whole host of great shows, some of which are no longer airing on RadioSEGA, either due to them coming to an end or being currently 'off season'. Check out the list below to find out more and to download old episodes!


SEGA AGES takes a look back at the soundtracks that define the history of SEGA. Whether we're looking at a specific year, console or other SEGA-related theme, SEGA AGES is the place to celebrate the history of the gaming company we all love! 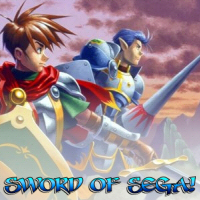 
Want to go on an adventure? Sword of SEGA celebrates all SEGA role playing games, past and present. Join our fearless party and hear their tales all the while bringing you great music aiding their journey! 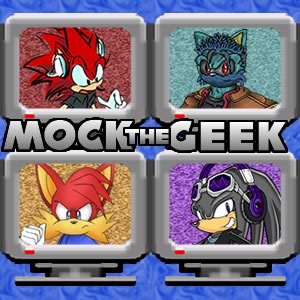 
Mock the Geek is SEGA Media's all new podcast show returning for Series 3. For roughly 1 hour , host FastFeet & regulars Kevin Eva (Last Minute Continue), JayZeach (The Sonic Stadium), Roareye Black (Sonic Showcase Network) and Vger (Emerald Coast) plus a smorgasbord of special guests to discuss and, more importantly mock, that week's SEGA news! It's the community's first and only panel show, featuring several SEGA-cal takes on familiar rounds from other well known panel programme. All of this adds up to can't miss listening! 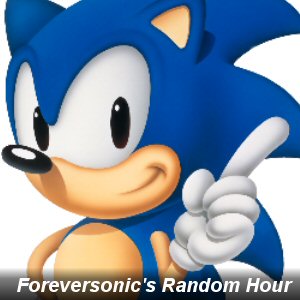 
Foreversonic's Random Hour is totally unplanned, totally unscripted and totally, well, random! What's not random? Bringing you choice tunes from all known corner's of the SEGA universe within them! 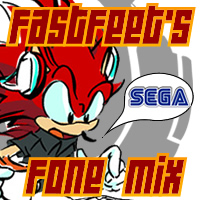 
The Official SEGA Media Podcast - Back for Series 2 under the new name of FastFeet's FoneMix,  presentng the only SEGA/Sonic community call-in show anywhere online! FastFeet, joined by regular co-host SJ, and along with the many people who call-in via Skype, talk/debate/discuss/banter topics about everything SEGA, Sonic and video game related each episode. 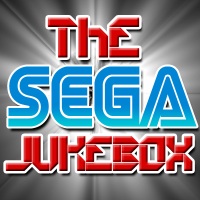 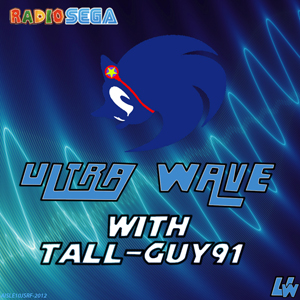 
The music request show dedicated to the Sonic the Hedgehog fan. Want to listen to some way past cool tunes from the Sonic games and the community? You want them - you get them!


Late and Live brings the soundtrack to your weekend with the best mix of uptempo SEGA video game music and community remixes from across the SEGA soundscape. 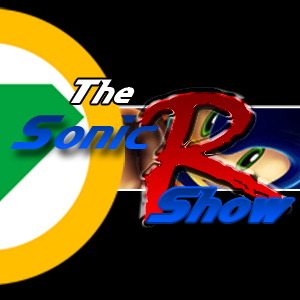 
The Sonic R Show (dubbed The Late, Late, Late Afternoon Breakfast Show here on RadioSEGA) - run by ShadowRemix - is the flagship programme of long-tenured U.S. based Sonic the Hedgehog online radio station Sonic Radio. Each episode features handpicked official and community music from the Sonic universe plus a dedicated "Remix Rant" segment where he speaks his opinionated mind on gaming topics. Grab a cup of tea (or coffee) and enjoy!


RadioSEGA Presents is a series of specialty broadcasts that debuts new offifical or community soundtrackd for the very first time on the RadioSEGA airwaves!


SEGA Mixer Drive focuses around arrangements and remixes of SEGA video game music new and old. Every episode goes through a wide selection of arranger/source spotlights, plays listener requested remixes and selections from host Rexy's own explorations, as well as being on hand to premiere some of the newest remix releases around! 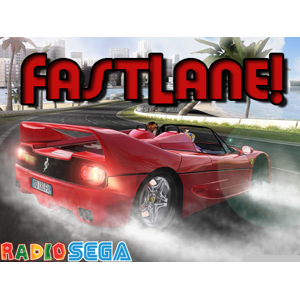 
FastLane takes over the audio streets of RadioSEGA from favorite SEGA racers, from classics like Daytona USA, OutRun & SEGA Rally to the unqiue like Crazy Taxi and Sonic Riders! Fasten your seatbelts for the show that'll be going 0 to 200 MPH in 5 seconds flat. Don't get caught in last place! 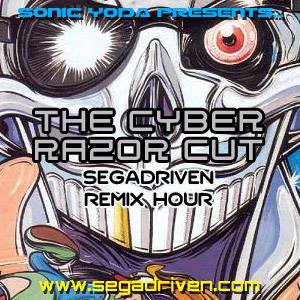 
The Cyber Razor Cut brings you an hour's of some of the best SEGA-themed soundtrack music & remixes as handpicked by SonicYoda, the webmaster of SEGADriven. Join him exploring his music finds while also making a right pig's ear of the crossfading! 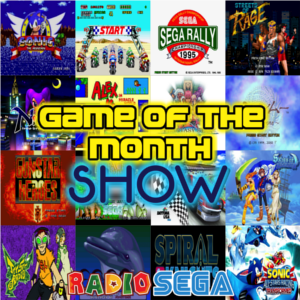 Game of the Month Show


A companion to our titcular on-site feature, RadioSEGA presents an hour's play of the soundtrack to our chosen Game of the Month. Listeners will also have the spotlight via audio messages and reading your written comments on our GOTM, LiVE!


You request them, we chart them! RS Top 40 gives you the 40 most requested tracks of the week on our website by YOU - our dedicated listeners!


Last Call is our solution to get YOU moving! Every set, get to hear a different community musician showcase a special music mix featuring (mostly) SEGA funkiness! 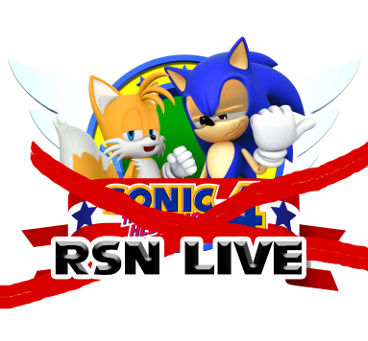 
[Mature language warning] RSN Live is voice's own podcast that includes his own banter on whatever he feels like talking about, Mumble chat with listeners, with music sprinkled on top. Aaand maybe a fanfic reading. Airs live on RSN Radio and now RadioSEGA.


Embrace the Weird! Welcome to GLiTCH, a musical showcase dedicated to the more off-beat and less heard of - and at times completely unheard-until-now - music you wouldn't normally hear on your typical RadioSEGA LiVE show.


Come on in and have a seat - The SEGA Lounge is an interview-based podcast focusing on everything and anything tied to SEGA: whether be its games, game devs or community personalities. New episodes air first on RadioSEGA and release every Friday at TheSEGALounge.com. 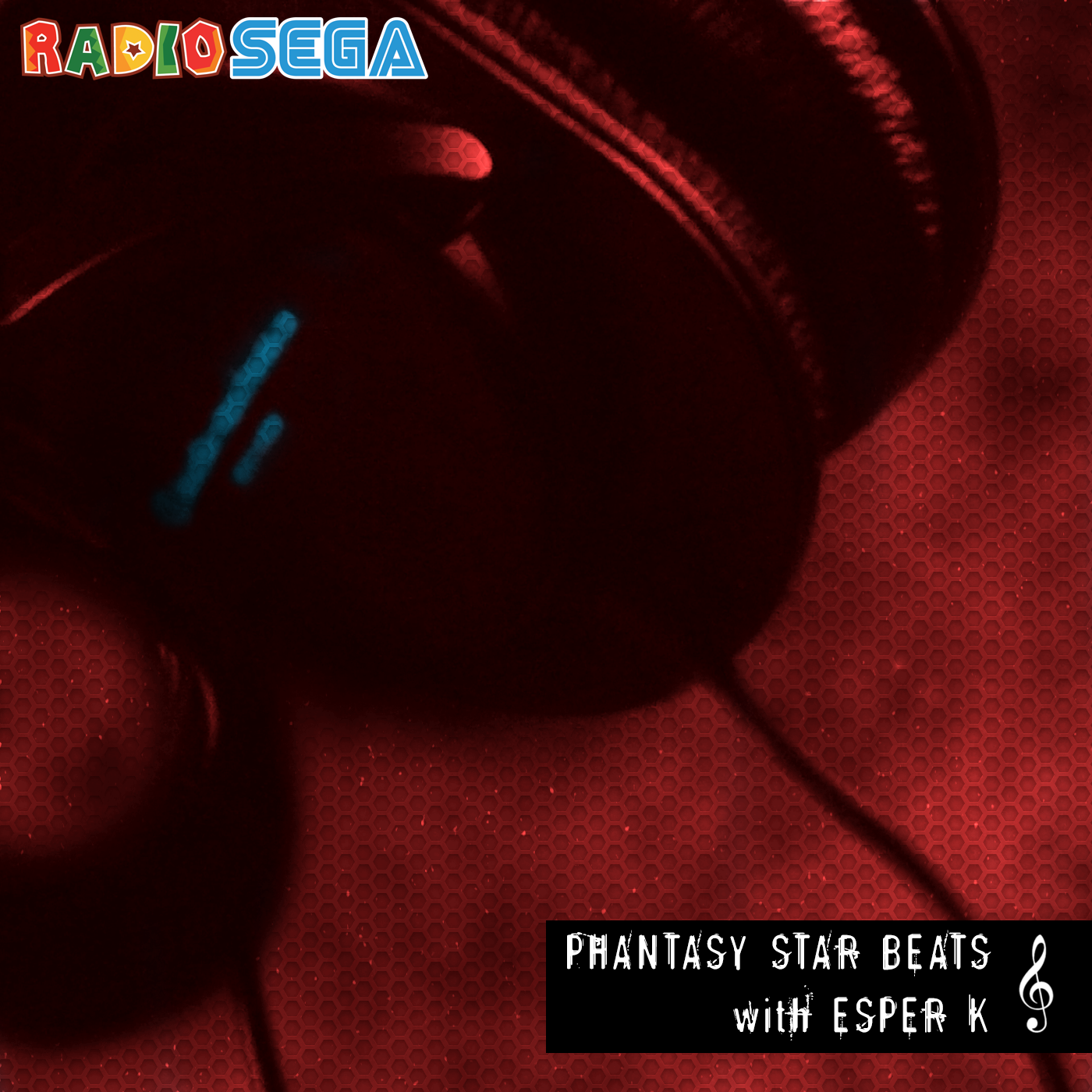 
A special series dedicated to the Phantasy Star franchise, from its Master System origins to select spin-offs, all dedicated to its reboust music library.


The most interactive show on RadioSEGA yet closing your weekends! Spend your Sundays with TheBritishAndy for great SEGA music and remixes, partake in The Sunday Roulette mystery music countdown, hear VGM outside the SEGAverse for a spell, spend your credits into The Remix Jukebox, take your chances in the Gone In a Sonic Minute game, or be even BE ON THE SHOW during the Weekend Call-In. It's all here and more with the most SEGARIFFIC RadioSEGA show ever! 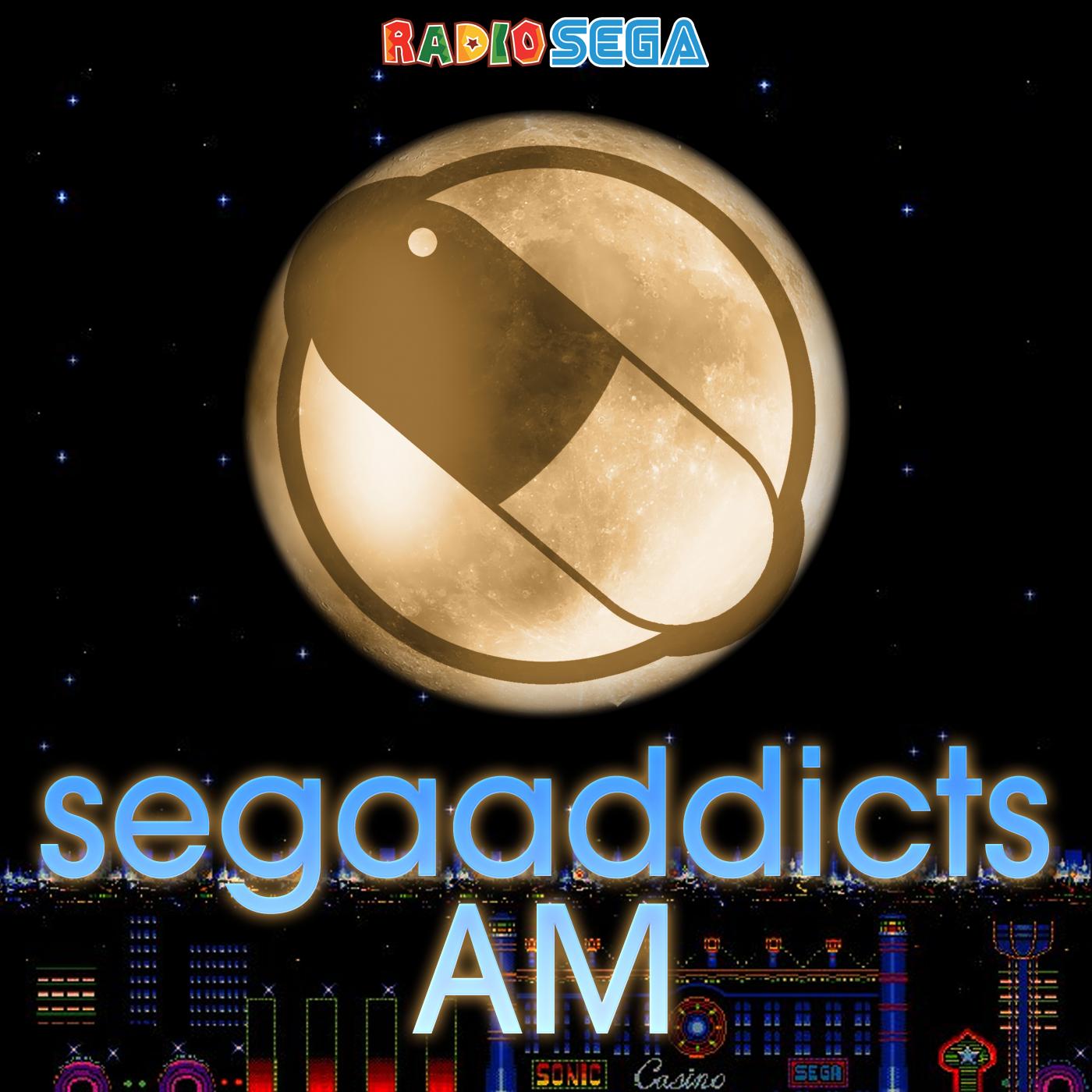 
[Listener Discretion Advised] The Sega Addicts have their very first live radio show, and God help us all. Join Brett and Stevie as they deliver everything you came to expect from their Sega Addicts After Hours podcast, now LiVE!


Let's bring some joy to your Mondays with quality tunes and expert manicness with The Manic Monday Show! 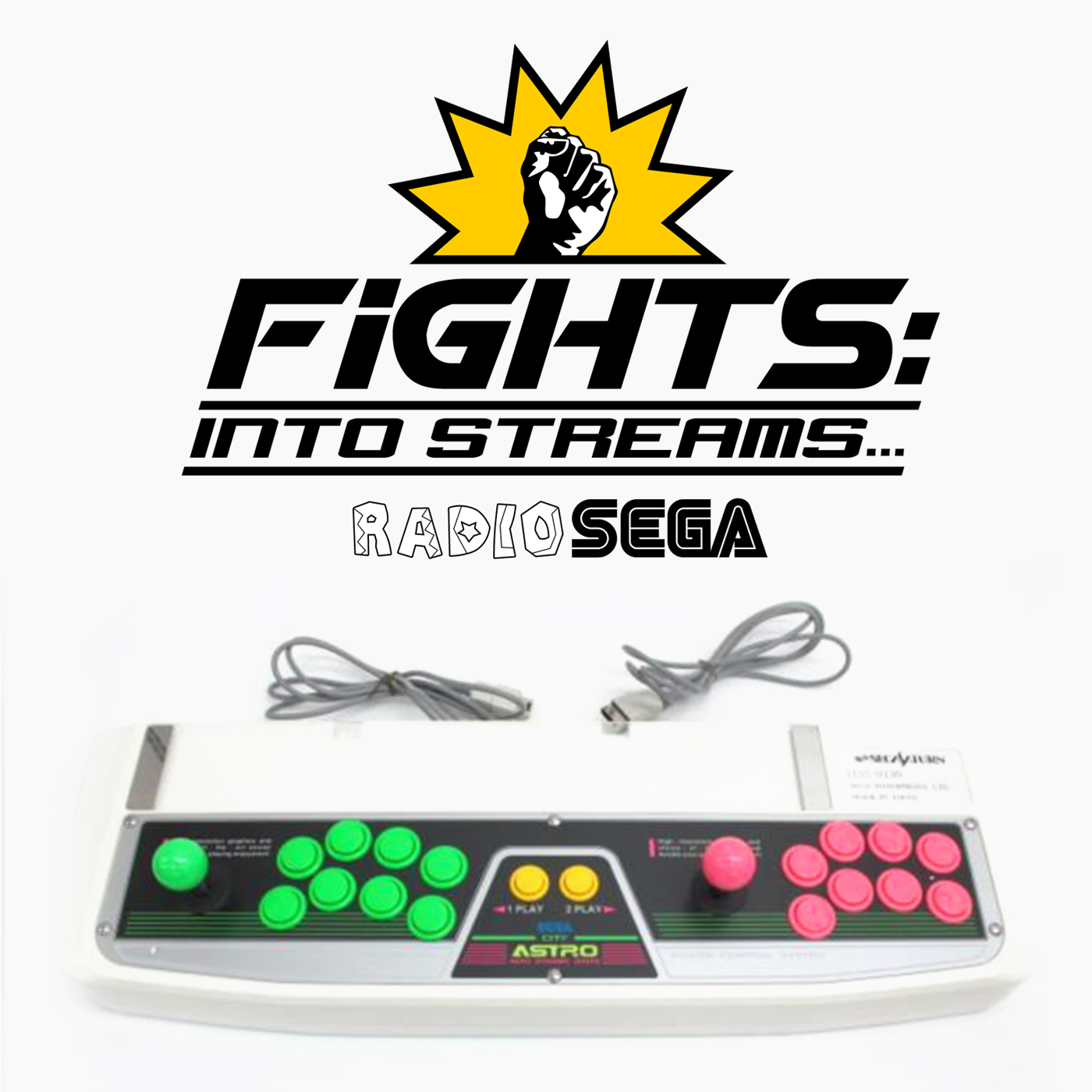 
FiGHTS takes you down fighter memory lane by playing the sounds and sharing stories of the some of the best fighting game series ever to grace our old SEGA home hardware. But worry not, newer SEGA-produced fighters have their special place in the scrap!


Grab your change, our Club SEGA is open for business! Celebrate the best of the SEGA arcade scene each episode with iconic tunes from the 80's all the way to the present day alongside discussion on the hardware that changed gaming forever and even take part in specialty Club SEGA high score competitions that'll get your fingers a workout! 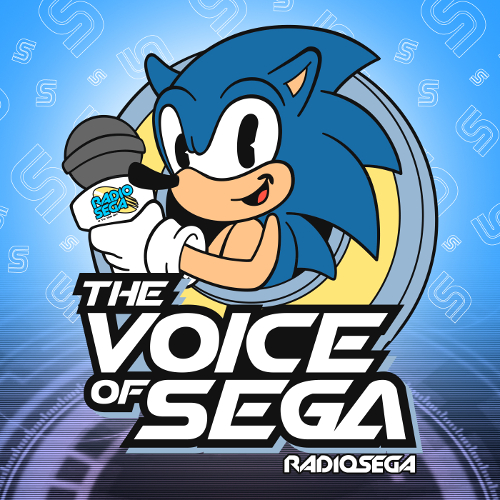 The Voice of SEGA


The show that plays your favourite vocal songs from SEGA games past and present! Join host DrScottnik and sing along to the best... and maybe the not-best...spoken sound from SEGA history. 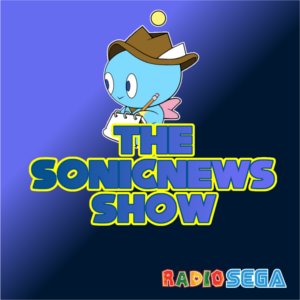 
Sonic Paradox's flagship show hosted by SSF1991, aka Donnie, exclusively on RadioSEGA! Tune in weekly for the latest Sonic and SEGA news, and the occasional guest to break it all down. 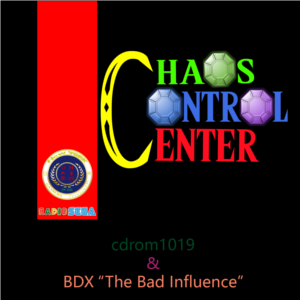 
[Mature language warning] Chaos Control Center is a broadcast that essentially revolves around its title. Hosted by cdrom1019 and BDX "The Bad Influence", the former brings the Chaos, and the latter brings the Control as the two cover and make bants about the topics that you may care about, Structure? Who needs that? Certainly not these two! 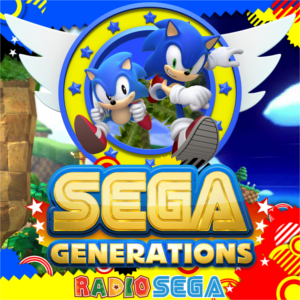 
SEGA Generations takes  listeners through the history of various SEGA franchises, exploring what made them so popular. Each episode delves into the facts and findings from throughout these franchises' runs and, of course, the music that helped to make them great. 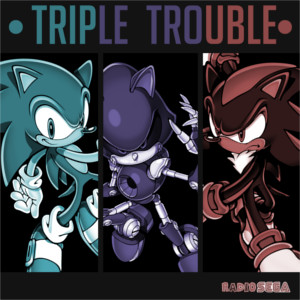 
Join your trio of hosts supersega, Jamie64326, and MusicClues on a triple threat, musicial trip of a show filled with epic mash-ups, dazzling remixes, and killer retro tunes! 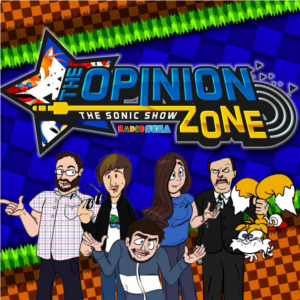 
[Mature language warning] Join Sonic Cage Dome's colourful crew of blue hedgehog fans in their special corner of the internet where opinions are allowed, and they will be expressed! This rollercoaster of Sonical chit-chat features discussions of the absurd, questional Uncle-driven advice and more! 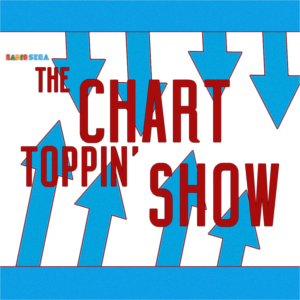 
Your requests, your favourites, your radio: The Chart Toppin' Show is dedicated to playing what you want the most, be it the weekly chart or your own personal favourite list, and more!


Welcome to The Hidden Palace! Our SEGAducation LiVE show talking the trivia, facts, fan theories and easter eggs from and relating to SEGA video games new and old. 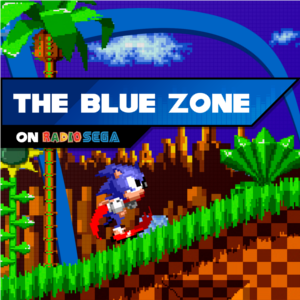 
Welcome to the Topical Resort: A place to relax within the juliblant atmosphere of RadioSEGA as we discuss all things SEGA centered on a singular or collective topic. Stay Topical! 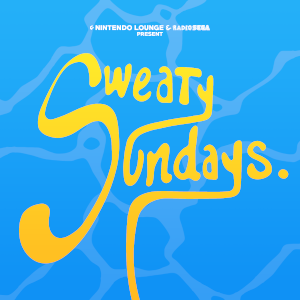 
The year is 20XX, and two sweaty bois, the happy go lucky Scott and his sarcastic friend Jim, discuss the weird and wonderful of the online world and everything pop culture! Tune in weekends for an hour and maybe, you too, can get sweaty!


Made by the community, for the community. Introducing RadioSEGA's Guest Nights - a dedicated programming block of content powered by community partners.


Charts? Fighting? Nah! Host Ravsieg tosses away previous rules and themes of hi RS past and on this show, anything goes! Embrace the Ravsdom!! and join in with your own music and stories. Who knows what each week will present! Do know this, It'll Be About Something!

A History of Sonic the Hedgehog


Broadcaster Tom Campbell marks the 30th birthday of Sonic The Hedgehog with a five part documentary series, looking at the video games, the cartoons, the comic books and the fandom behind SEGA's 'Blue Blur.'


Part of RadioSEGA's Guest Nights [Mature language warning] Take a trip through the "golden years of gaming" with Andrew, Steve and Rich on Dreamcast Years. Tune in Mondays for 'First On RadioSEGA' premiere episodes plus airings of past episodes from the archives.


Season 2 of RadioSEGA's breakfast show is here to help you #WakeUpWithRS! Grab your fresh brew of news, features and music to start your morning, all with a RadioSEGA spin hosted by rotating RS personalities.


End the Sunday and weekend as a whole with thought-provoking, insightful and meaningful chat, intersperced with fitting SEGA VGM that calms mind and soul. Your host DrScottnik shares his and others' uplighting stories over dicussion topics at hand such as mental health and productivity, each episode.


Hear audio retrospectives on your favourite & lesser known SEGA musicians/composers with our new show "Individual". Each nearly 2-hour episode features that person's musical history from their beginnings to recent/current fare.


Area X is a hybrid RadioSEGA LiVE radio & video experience, bringing you into a new dimension of RadioSEGA LiVE entertainment! Step into Area X via our radio stream or Twitch channel and feel at a new ease with host INeedFruit!